Structural Damage as a Consequence of Ground Movement

A building's foundation must be designed so that they can support the structure built upon the foundations by safely transferring the loads to the ground and thus, maintaining the structural integrity of the building. However, ground conditions vary geographically and will have a significant impact on the design of the building’s foundations. However, not all buildings are built on satisfactory foundations and are susceptible to either upwards (heave) or downwards (subsidence or settlement) movement.

Subsidence can be caused by clay shrinkage, tree roots growing close to and/or underneath the foundations removing moisture, collapse of disused mines, formation of underground caverns and poor foundation design. Warm weather is one of the most common causes of subsidence, clay-rich soil will shrink (predominant within the southeast of the UK) as the moisture evaporates creating downward movement.

Trees are an important element of our environment and may look harmless enough, but they will absorb moisture. Weeping willows are the most prolific trees for the removal of moisture.

Washing away of soil through escape of water from Leaking drains, flooding and heavy rainfall can wash away soil particles over time, causing the ground to slowly shift or become less stable. Older properties often have predominantly shallower foundations than new buildings because the knowledge and understanding of soil mechanics has advanced substantially. If the soil conditions and surrounding landscape features are not fully considered when designing the foundation design or inappropriate materials are used, the foundations will fail.

Settlement and subsidence are often confused or mispresented because the surveyor/engineer does not fully understand the differences between the two. Settlement is the natural compaction of soil as it settles under its own weight.

Most insurance policies provide for subsidence, while excluding settlement, it is therefore important that you as a property owner obtains professional and independent advice. 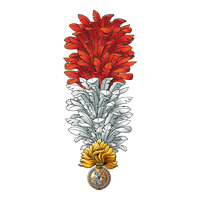 We at APA Property are proud to have been supporting the Royal Regiment of Fusiliers for the past 10 years, leading to us becoming a recorded friend of the regiment.

Our continued support has been recognised as we have been recorded as friends of the regiment in 2021 and 2022.

Every now and again, well in fact more often than not it now seems, a landlord will attempt to obtain financial gain by using the dilapidations protocol when they have suffered no loss. ...

The Defendants (Mavertstone & Byoot) had commenced building works in breach of the Party Wall Act, Goodman’s suffered interference, nuisance, and damage to their property and instructed Philip to represent them.  The Defendants refused to stop w ...

Alex Frame (President of the Faculty of Party Wall Surveyors) www.fpws.org.uk was selected as a Third Surveyor, awards excessive damages.H ...

Click the button below to be brought to our inquiry form and we will contact you as soon as possible to discuss. Alternatively, call us on 01245 492495.